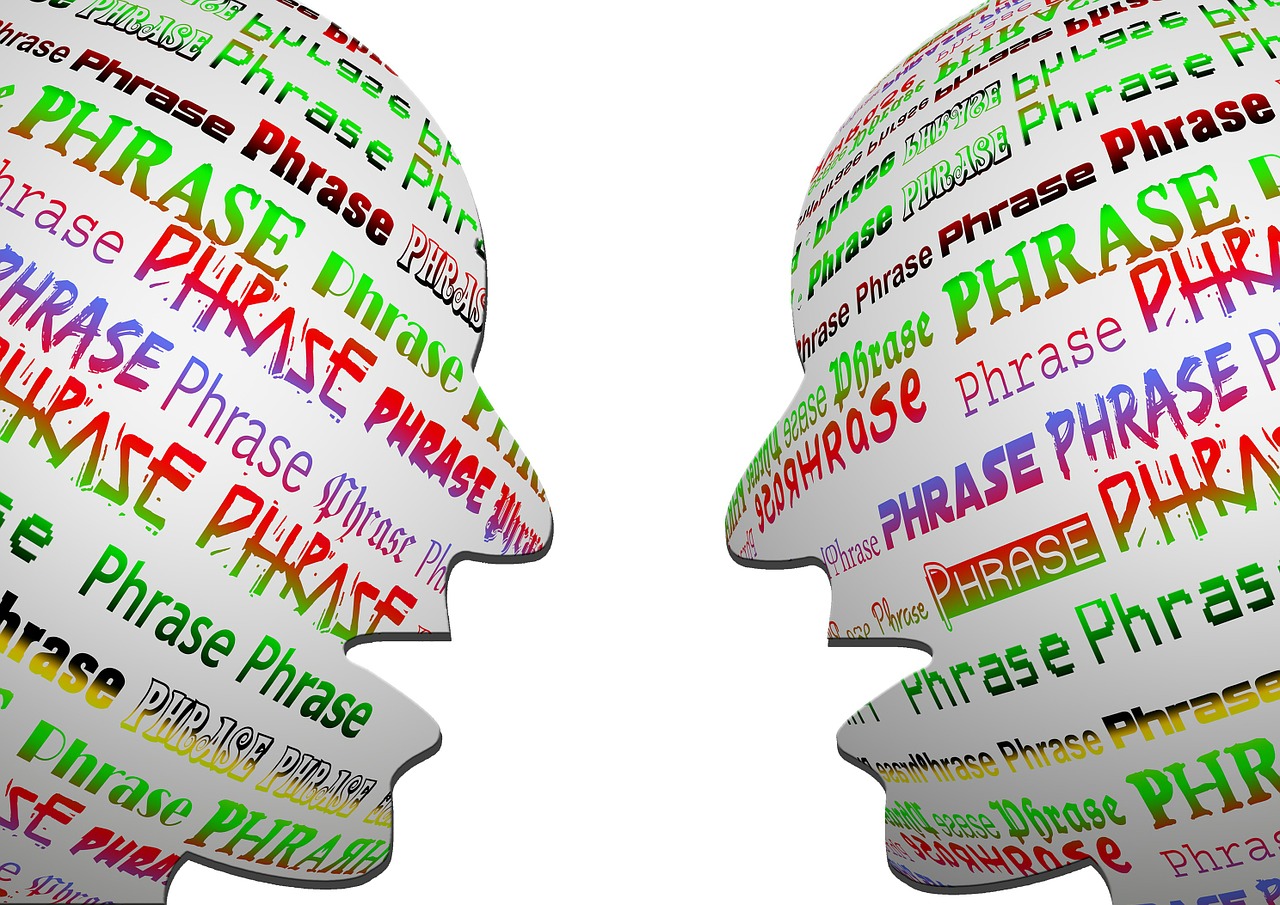 For the past several months I’ve been providing captioning services for people who are hard of hearing and use one of those caption phones that let them read their conversations. Many customers are older people who also use hearing aids. I’ve written about how people are speaking faster than ever before, which makes conversation harder to follow (and caption!), and how telemarketing staff can improve sales to older folks by adapting their speech. It’s an interesting perch that lets me observe the state of the spoken language for a few hours each week.

I’ve certainly become more aware of my own speech patterns and speed. I’ve got my own fast-talking teenager who is nice enough to slow it down for me and his elderly (89 years old) grandfather who refuses to wear hearing aids.

Here are some other observations I’ve jotted down over the past several weeks.

I have not actually heard this one but I’m waiting…/Pixabay, QuinnTheIslander

Phrases Can Come Back

Some phrases, like Tony Bennet, can have popular comebacks.

The most recent one is “blah blah blah.” Maybe it’s because it’s summer and people are tired and don’t feel like talking. Between the heat, storm, floods, and wildfires, it’s not been an easy summer for a lot of people. I’ve even heard the occasional “yadda yadda yadda,” an even bigger surprise because that one really got overworked in the 1990s.

Several weeks ago, I started hearing a phrase I don’t think I’d heard since childhood: “okey-dokey.” And it wasn’t coming from the people for whom I caption—it was from people speaking to them. Many of them sounded middle-aged or younger, and they were from all different backgrounds including a guy who sold farm equipment, schedulers in physician offices, hair stylists, and even tech support people.

“Okey-dokey” is something I recall being said by adults to children and my first reaction upon hearing it was that it was from one of those well-meaning but annoying people who talk to older people as if they are children. But then the farm equipment guy used it after a discussion with a customer about the right kind of tubing to use for an irrigation project.  The two were clearly acquaintances–they commiserated over the mess known as the Colorado River Compact–and I recall they also discussed parts for a second-hand tractor someone was trying to sell.

By the way, the software we use to record our captions focuses on the other party to a call. We generally don’t hear our own customers very well since we are only captioning the speech of the other person on the line. Sometimes we don’t hear customers at all.

The Urban Dictionary says “okey-dokey” first appeared around 1930. Another contributor said it’s a way to agree with something that’s pretty lame (like your boss reminding you about getting reports in on time), and yet another said it’s another way to tell someone to go fuck yourself.

Which brings me to another phrase: “bless your heart.” I was made aware by a friend who grew up in Tennessee, in a town literally halfway between Memphis and Nashville, that this is the Southerners’ way of saying precisely the same thing. It made me rethink a lot of people who I thought were my friends when I lived in the DC area.

I hear “bless your heart” so often among southerners that I assumed the phrase is intended for Yankees. But it’s all in the context of the conversation, as this Bless Your Heart 101 article from Southern Living explains. After reading it, I’m pretty sure that the empathetic version is only intended for fellow Southerners. Either that or they spend a lot of time on the phone with people they don’t like, bless their hearts.

Here are some other phrases Southern Living says are unique to the south but I declare I heard many of these growing up in New Jersey. I won’t argue their origin, though, because that conversation won’t amount to a hill of beans and we can talk about it til the cows come home. Be sure to watch the accompanying video, too—it’s a hoot.

Sports idioms in the spoken language live on and it’s a crowded field out there.

All across the nation, people leave voice messages that they “just wanted to touch base,” a phrase I rarely hear spoken live to another person. Interestingly, I hear this most often in messages left by women, usually to men.

Men talk a lot about “Monday Morning quarterbacking” oddly enough, it seems, mid-week. I could be imagining it but I caption more men mid-week than on Mondays and Fridays. I hear this particular phrase in the rare political conversation and among people who got stuck in a bad weather situation. Farmers also use it: many have thrown their hands up in the air when it comes to the weather.

And those tests the doctor orders? They want the whole nine yards. But if you want to know how much a medication will cost, even a ballpark figure, forget it. They say they have to jump through too many hoops to get this.

I once worked with someone who broke up with a guy because she couldn’t stand that he said “okey-dokey.”

Do you have a favorite or least favorite colloquialism, idiom, or clichè?