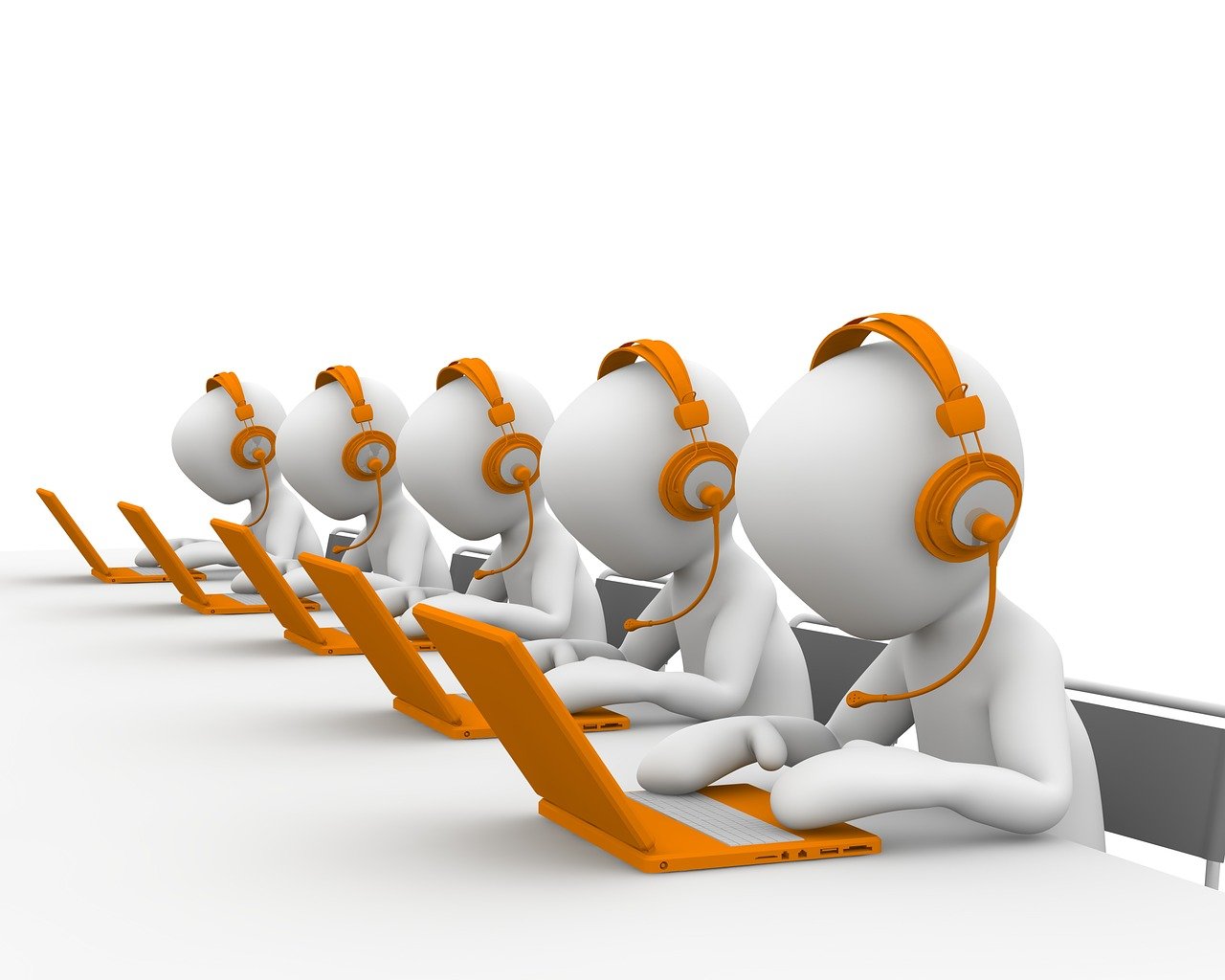 We’ve entered a whole new world of spam – scam spam, if you will.

Have you been getting more of the same spam calls lately? Of course you have. There must be an explosion of auto warranty “providers” if spam from the past year – maybe more – is anything to go by.

I’ve even seen a meme on Facebook about the first call to Alexander Graham Bell telling him that his auto warranty has expired.

The Eras Before Spam Scam

I think it’s safe to say phone spam was spawned by the creation of call centers. Many were selling legitimate services and products, from subscriptions to local entertainment (I once sold subscriptions to the Washington Symphony) to life insurance. It was innocent enough but I do recall a lot of people asking me to please stop calling them. I call this era Spam 1.0.

What I call spam scam (you read that right) began in earnest as email use soared and ushered in the era of Spam 2.0. You probably remember the Nigerian general’s widow who needed you to send her a large check so she could unlock her late husband’s million-dollars bank account. You would be rewarded with a reimbursement ten times over. An amazing number of people who should have known better fell for this.

Spam 3.0 came about with text messaging. Someone decided that this was a great way to conduct legitimate sales, a sort of upgrade on Spam 1.0. Again, some of this came from legitimate businesses, but it turned out to be about as popular with consumers as Spam 1.0.

For at least the past few years, we’ve been dealt a combination of scam and spam – more annoying, more invasive, and harder to avoid. We get it every day, sometimes the same message multiple times, and even from different incoming numbers.

Privacy Laws Tried to Get a Handle on Spam

The advent of Spam 3.0 helped stop some of the text spam by requiring organizations to proactively get permission to text special offers or whatever to mobile phones. This tied messaging to the same requirements for email marketing. I think the general unpopularity of text marketing did as much to discourage this. It’s also a lot easier to text back “STOP” then it is to follow all the links and questions when you have the nerve to unsubscribe to an email newsletter.

Ironically, just as I was writing this blog, I got the first spam text I’ve seen in months. I have no idea who it came from, so I marked it “read” and blocked it. Interestingly, my phone service asked if I want to report this – something it no longer bothers to do with phone spam.

Whatever Happened to the Do Not Call Service?

You’re forgiven if you still think the Do Not Call Registry is supposed to take care of phone spam. It can, but only to an extent that leaves it pretty toothless. It might be more accurate to say it used to be effective.

The Registry wasn’t too bad back when it was set up in 2003 by federal anti-spam legislation. The early anti-spam laws let people call the registry and key in phone numbers were compiled into lists sent to telemarketers. If a telemarketer continued to call people they weren’t supposed to bother, they were subjected to fines.

The type of spam that spurned the Do Not Call Registry seems so innocent today. You can register and re-register with it and still get calls from the “Social Security Agency” warning you that your identity has been stolen, or her from people who want to give you a free leg brace.

The Registry itself can’t enforce laws. All it can do is collect information. The only improvement I can think of since 2003 is that you can now visit it online to enter your phone number. It’s important to understand that it does not prohibit calls from charities, political parties, debt collectors, and surveys. It cannot block text spam or email spam.

The Technologies Behind Scam Spam

Most of us know we should just hang up on these guys and block the number they called from. Unfortunately, that doesn’t always stop them from contacting you over and over again.

Spammers and scammers use tools like VOIP (Voice Over Internet Protocol) services created for legitimate call center call management. They use this technology to call several numbers at once in an effort to find someone, anyone, who will answer a phone.

You can often tell if a call is scam spam when VOIP is used. There is often a moment of silence after you say “hello” while the technology transfers your call to a recorded message or live “agent.” This moment of silence is when you should hang up. With some luck, the software won’t register that you picked up the call and call you at another time.

Spoofing technology lets scammers call the same number over and over again from what appear to be different numbers. If you didn’t pick up an unfamiliar number (a good practice although it can fill up your voicemail), they’re gambling that you might pick up a call with the same exchange as yours.

This might fool some people who grew up with landlines with exchanges that were, in fact, based on where you lived. It’s not the same with mobile phones, which randomly assign numbers within an area code. However, some people might not understand this and are fooled by a familiar-looking number. Here’s a good overview of spoofing technology from the Minnesota Attorney General’s office.

Answering these calls make you a target for more annoying calls from different phone numbers – even if you hang up quickly. One afternoon last year, I answered a call that turned out to be spam. I hung up and blocked the number. Then, every minute for the next 20 or so, the same call came from different numbers. Even worse, they left voice messages. It didn’t take long for my voicemail to reach capacity.

Who’s Behind All These Spam Scams?

I work part-time providing phone captioning services to deaf and hard-of-hearing people. Many of them are elderly. And boy, scams targeting them are alive and well. I’m glad to report that the vast majority of these calls are quickly recognized and disconnected. The days of senior citizens wiring money to bail a grandson out of jail or buy gift cards to pay off a supposed debt are rapidly fading.

US-based scams (or those that rely upon native English speakers) usually pose as fundraisers for veterans, breast cancer survivors, or police. AI technology lets scammers program recorded voices to say “hello?” a few times until the call recipient answers back. Then the scan begins a spiel about whatever it claim to support, usually asking if the target will accept a prepaid envelope and send a $50 donation. Many AI-backed scams can counter a refusal and ask if a lower amount – say, $35 – is easier to spare. And they keep pressuring until the callers hang up. I’ve never heard someone say to go ahead and send an envelope.

There used to be a scam that was so corny it was eventually dropped. “Oh good, you picked up,” a deep-voiced fake caller would say. “I was about to get my answering machine voice ready.” And then “he” would go on to talk about supporting “our men and women in blue.”

India is a big actor in phone fraud. They’re still using live “agents” with poor English language skills, working from call centers using VOIP. Almost all their calls begin with ten and even 15-second delays to answer back because “agents” are usually monitoring several calls at once. These calls claim to be from “Medicare Agency,” “U.S. Medicare,” and so on. I’ve heard a handful of them successfully persuade their targets to give their Medicare numbers to get a free leg or arm brace (it’s always a brace). Typically, these calls are handed off two or three times until a native English speaker claiming to be a licensed insurance agent seals the deal. 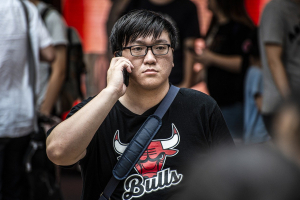 These calls may be at least partly aided by the fact that there are a lot of Indian physicians in the US – one in seven according to The India Times. Many elderly will at least listen to someone calling about a medical or health service until they hang up or just as often, politely decline.

Another scam out of India offers a refund on computer services that were never purchased in the first place. Targets are assured they did purchase these services, which must be refunded by court order. Here’s The New York Times’ coverage of this particular scam.

Unfortunately, the people behind scam spam are clever and persistent. Unlike the old-fashioned spam that just bugged you to buy products or services (some with questionable value), these people want your personal data. They’ll use it to tap into your bank, credit cards, insurance – the opportunities are apparently endless. Many sell the data they get – even incomplete data – on the dark web.

Many people won’t answer a call from a number they don’t recognize. If a call is important, they’ll leave a voicemail, right?

It turns out that scam spammers leave voicemails, too. You end up devoting some time every few days to delete them or they’ll fill up your message box. At least you can block and delete them in the same process. It’s also a good idea to go through your phone logs and delete unfamiliar numbers that call you more than a few times each day.

If you find you’re getting a ton of spam, contact your phone provider like I did. Even if you’re good about updating your phone, you can still get caught in a loop like I did. The telecomm companies can track your incoming calls and determine a pattern to block them. I’m sure this compromises privacy in some way but what’s private anymore, anyway?

Spam scam actions are harming legitimate outreach and marketing. Organizations with an actual purpose have to be extra careful, especially if they’re cold-calling people.

HomeSmart is on online service that seems to have recognized this early on. I’ve used them several times to get some quotes for projects ranging from a new I immediately got about three calls, and a couple more the next day.

A mere 12 hours after I placed the request, HomeSmart called me to ask if I’ve received information and would I like to turn off my request.

I still received calls a day later. Since HomeSmart has a pretty good reputation about vetting the vendors it recommends, I’m sure these people were OK. But this is another twist to phone marketing that makes email marketing look even better.