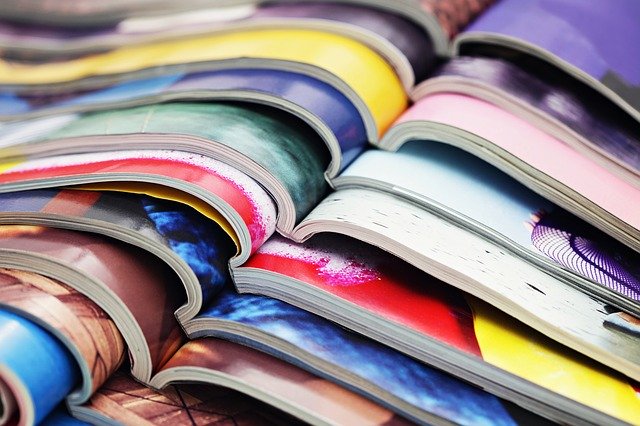 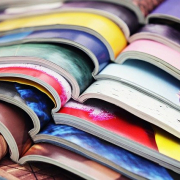 What are you reading these days? Well, I’m looking at Cosmopolitan and People magazines even though I haven’t subscribed to them. They came to me.

I’m pretty sure I’m not in the target audience for either. And yet, I can’t ignore them.

It’s been almost two years since People started appearing in my mailbox. I subscribed to it years ago, when it was still a fairly new publication. I believe Donald Trump was an early hook for it. It was a fun read on the bus to work, OK?

And then, decades later and a 2,300 miles away, People and I rediscovered each other. Then Cosmopolitan came and I swear my life will never be the same.

At first, getting People was kind of amusing. I wondered if someone secretly gifted me it. I freely admit I was kind of eager to dig in and find out if Duchess Kate was pregnant again (she was) or if Harry was dating someone (he was but not openly at that point).

I can’t explain why I have any interest in these people.

I lived in England for a couple of years in the 1990s. But honestly, I don’t follow celebrities as a rule – my Twitter feed follows other writers and experts in areas like WordPress, WooCommerce, grammar, AI – stuff like that. I can’t readily identify Kate Hudson from Kate Hudson or Kate Winslet for that matter. The only Kates I know about are the Duchess and the late great Hepburn.

Otherwise, I browse the non-celeb stories which were usually about unusual murder cases or extraordinarily good deeds. Take your pick.

This year, with the pandemic and on-again, off-again quarantines and social isolating, People has featured photos of the usual celebrities (most of whom I kind of recognize) walking their dogs. I can identify with that; I have had dogs more or less steadily for the past 25 years.

Ben Affleck has a new girlfriend whose name I can’t remember. She is a lot younger than he. He has a lot of ridiculous tattoos.

Cosmopolitan is an Excellent Read – Really!

Historically, I’ve always felt beneath Cosmopolitan. I mean, I’ve never been much of a fashion follower and the only brand loyalty I have is for Gloria Vanderbilt jeans. RIP dear Gloria.

I have not seen a single mention of Gloria over the year or so I’ve been receiving Cosmopolitan, which has become a favorite read and not for the fashion stuff.

It’s the most tongue-in-cheek read I’ve come across in mainstream media outside of purposeful satire like the Onion, Washington Examiner, and Newsmax which will now feature Diamond and Silk since FoxNation – another source of hilarity – dropped them.

Seriously, modern Cosmopolitan is like a satire of the thick, ad-laden mag I shuddered through a couple of times in another century. It’s freaking hilarious. Believe it or not, the articles are as good as their headlines:

Cosmo is so cool it squeezes in its full name (like yours truly) on the cover, ignores standardized headline writing (using both between all-caps and sentence case!) and has really long article titles.

It even makes fun of fashion as we knew it pre-COVID. I can’t imagine that the 1990s version I shied away from would relate to me at all with articles like You CAN stuff that giant top into that tiny skirt. Or that I can tuck pants into sandals or use a sports bra to shorten or even crop a t-shirt.

Damn girls, where were you when I was a youngsta?

Astrology takes up several pages of each issue and is one of the best regular reads.

Cosmopolitan takes a few things very seriously like makeup and skincare. The August issue (called Jaugust because I guess they combined issues) includes a feature called The Black girl’s guide to SPF followed by more information about sun protection.

It’s also far more socially conscientious than I remember and in fact, pledges this month to hire more Black writers, editors, and other staff. Plus, Black Lives Matter is a lot more than a hashtag here and is a main feature on its website. In fact, the website has more thoughtful and less satirical articles than the hardcopy magazine.

Best of all, Cosmo has eschewed skinny white chick models. It’s features and many ads have a diverse group of models. – different shapes, ethnicity, and personal styles. The tongue-in-cheek writing style includes an ability to laugh at themselves. I really hope this isn’t all for show like Ellen is alleged to be.

I Tried to Do Right By People

I did try to cancel People.

Part of it was because the crossword puzzle wasn’t all that challenging anymore. But mostly it’s cluttering up my home. It comes every week!

I called the subscriptions number and was told my account doesn’t exist. I suppose I can try to return to sender? Now that the library is open again I can quietly donate it as long as I don’t tear out any more recipes.

As for Cosmo? Hell no. I’m not giving it up!